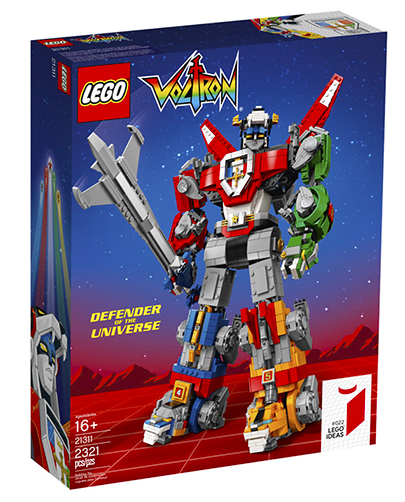 When I first saw this set was accepted by LEGO® Ideas I was overjoyed. Childhood memories of watching the cartoon show on TV came flooding back. When I received the delivery of the set, I just left the box standing sealed for a while so I could just admire it – the largest LEGO® mech released to date.

Needless to say, a LEGO® set is for building and so I began.

The box consists of sixteen packets and six instruction books. One book for each lion and the sixth for the mech assembly. There is a small sticker sheet with five 2×2 plate stickers numbered from one to five. These are used on each of the lions. 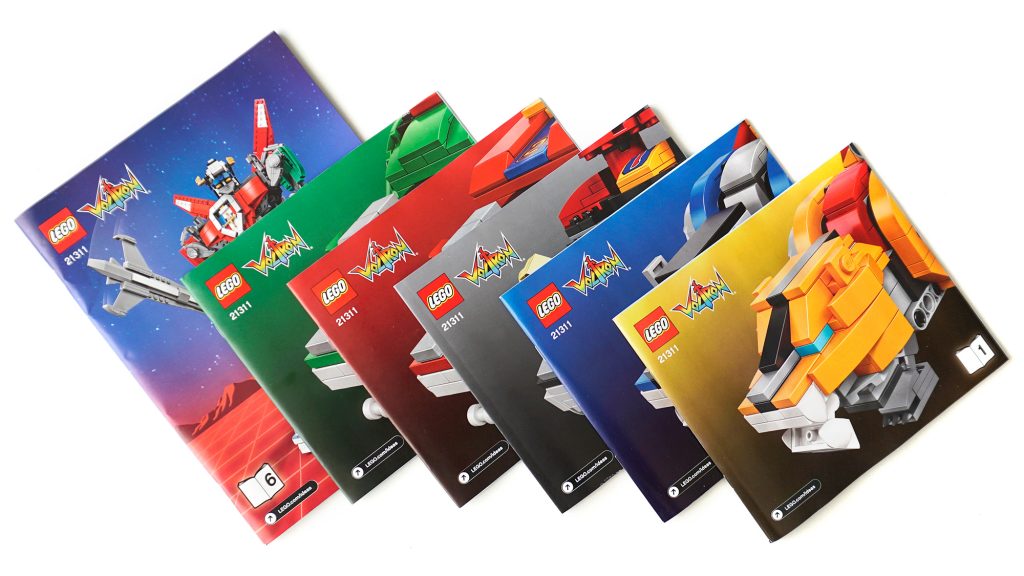 The first two builds are the yellow and blue lions. I like the way LEGO® incorporates Technic elements and building styles into system sets these days. It helps for a stronger sturdier model that does not fall apart so easily. At first it seems like you are just putting together a lump of bricks, but as you continue the build, the lion starts to take shape.

The base body of the yellow and red lions, which make up the legs and feet, are the same build but what is great is that each lion has different features that take away any monotony of building the same thing a number of times.

The third build is the black lion, which is also Voltron’s head and torso. This is also a very solid build – the only downfall being Voltron’s face that can fall out very easily. The different elements used for the features are great especially the gold socket wrench as the symbol on Voltron’s chest. 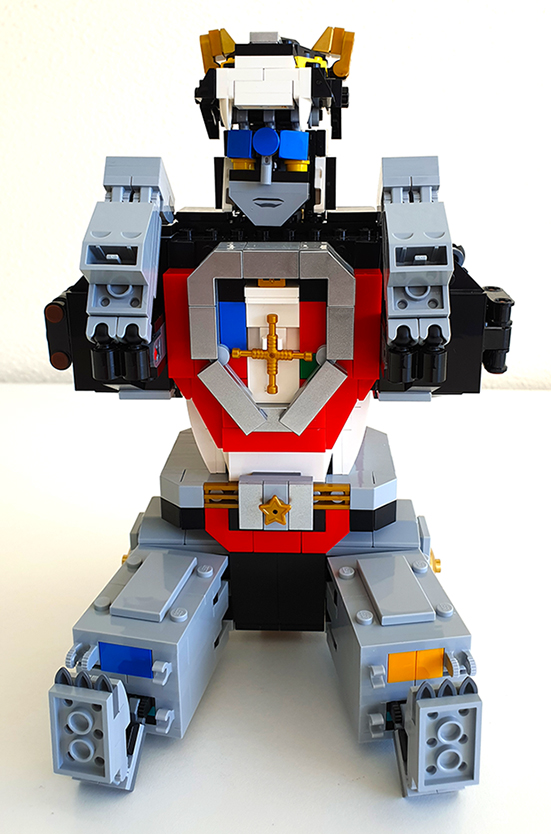 The last two lions, green and red, are smaller and quicker to build than the others. These lions make up the arms.

Seeing all the lion’s features develop is a rather fun use of the SNOT technique which gives the lions an all-round solid body and great look.

The last book gives a little information about the Voltron cartoon show as well as the designers of the set. It starts with the building of Voltron’s sword and shield which is a really quick but fun little build.

Then for the assembly. It amazed me how easily the lion’s legs swivel around into position and each one clips so effortlessly into place to form into Voltron. 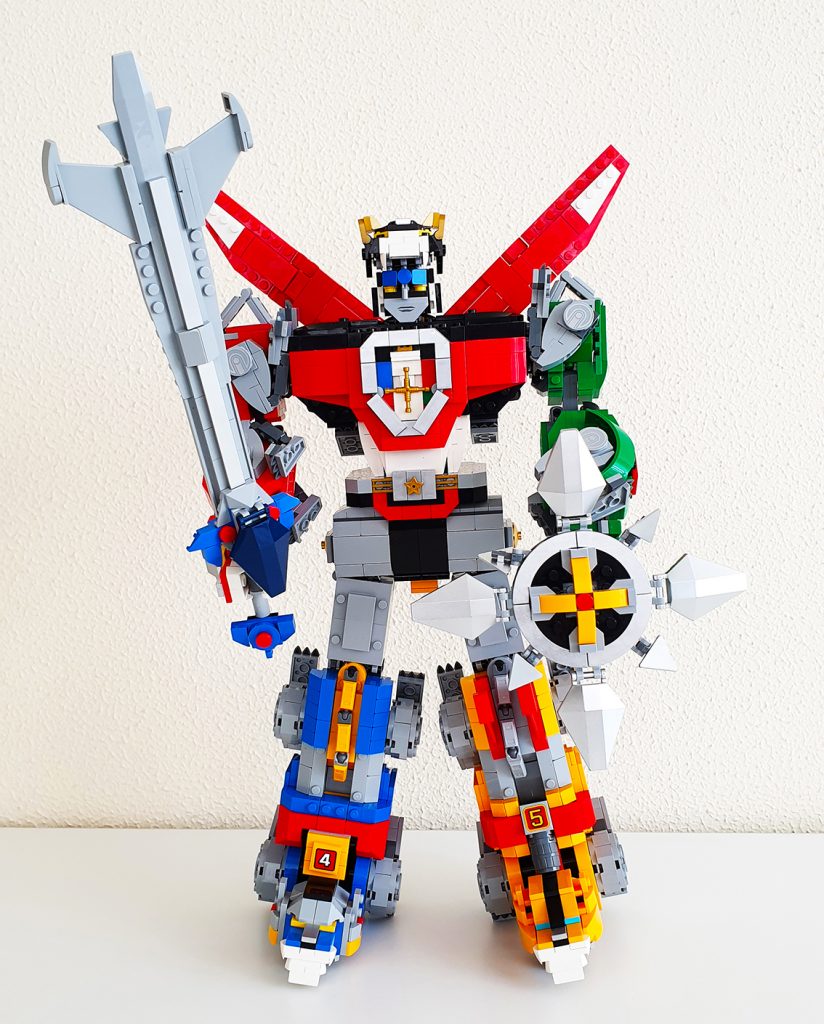 I really enjoyed the whole build and would highly recommend it to any mech fan.

As for playability, the lions are solid enough for gentle play, bearing in mind to be careful of Voltron’s face on the black lion as mentioned above. Once fitted together as Voltron, it should remain as a display piece due to it only having minimal manoeuvrability in the arms, and pieces tend to fall off if you pull and push the arms to move around.

The set retails at around R3200 and is an all-round great build.